Connections between HH Holmes and the Victorian Era: 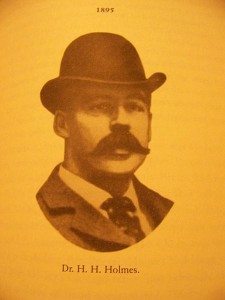 This article found in Academic Search Premier analyzed the book written on Holmes, “the Devil in the White City.” This was helpful because I gave a look into how the author went about researching and analyzing the data and records presented.

This Website took a look at some of the gruesome and macabre crimes in the Holmes mansion, and displayed the torture techniques.

This  took a long and tedious look at the history of Holmes, but mainly spent time talking about his childhood and the situation growing up.

This was the Wikipedia article on H.H. Holmes. It summarized  and looked intently at each aspect of his storyline, and looked over it.

“HOLMES COOL TO THE END – Under the Noose He Says He Only Killed Two Women. HE DENIES THE MURDER OF PIETZEL. Slept Soundly Through His Last Night on Earth and Was Calm on the Scaffold. PRIESTS WITH HIM ON THE GALLOWS. Prayed with Him Before the Trap Was Sprung — Dead in Fifteen Min- Utes, but Neck Was Not Broken. – Front Page – NYTimes.com.” The New York Times – Breaking News, World News & Multimedia. 08 May 1896. Web. 21 Nov. 2011. <http://query.nytimes.com/gst/abstract.html?res=9807EED7123EE333A2575BC0A9639C94679ED7CF>.

This is the newspaper clipping after Holmes was executed. It is directly from the NY Times.

Ramsland, Katherine. “HH Holmes, One of America’s Worst Serial Killers — His End — Crime Library on TruTV.com.” TruTV.com: Not Reality. Actuality. Web. 21 Nov. 2011. <http://www.trutv.com/library/crime/serial_killers/history/holmes/20.html>.
This article takes a look at the end of Holmes’ life. This is mainly his capture, Jailing, Sentencing, and execution. It goes into great detail and will be helpful when explaining his resolution.

This takes a look at the beginning of the murders, revolving the world’s fair and drawing the fair’s inhabitants back to his hotel.

This is a comical look at the world of Holmes. It was written after the book involving Holmes was released and also after the movie was announced.

“The Devil In The White City by Erik Larson.” Random House – Bringing You the Best in Fiction, Nonfiction, and Children’s Books. Web. 21 Nov. 2011. <http://www.randomhouse.com/crown/devilinthewhitecity/holmes.html>.

This takes a look at Erik’s book about Holmes. It is a review and summary of the book.

This takes a questionable look into the life of Holmes, and his murders. It uses a research based look at the murders and looks for proof that Holmes’ committed them.

Before the “Murder Castle”:

During the “Murder Castle”: 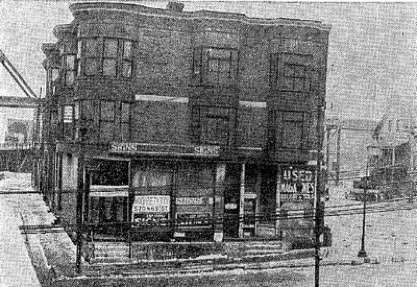 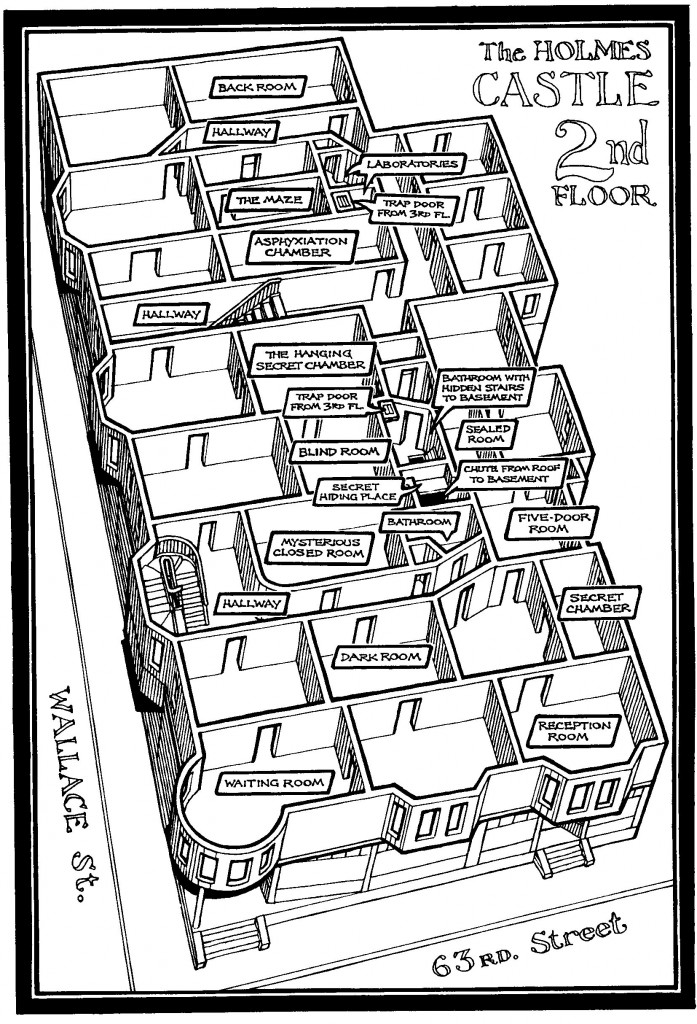 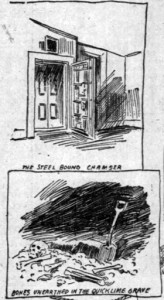